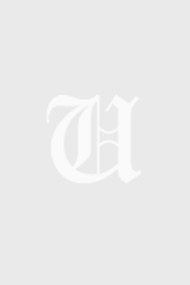 Ambrose Bierce's short story, "Chickamauga" scrutinizes American values, specifically, America's identifying with the natural world. Bierce is critical of the American association with divine destiny, which has manifested itself throughout history in the form of John Winthrop's "City upon a hill" speech, the notion of the "white man's burden," and Manifest Destiny. American history, in the scope of the short story, is one of perceived "rightly" subjugation of others. Bierce satirizes this philosophy by use of the child as a manifestation of American values that are eventually shown to be feeble and weak.Famous works of the author Ambrose Bierce: "A Psychological Shipwreck", "Killed at Resaca",, "An Inhabitant of Carcosa", "One of the Missing", "A Tough Tussle", "An Unfinished Race", "One of Twins", "A Horseman in the Sky", "The Spook House", "The Middle Toe of the Right Foot", "The Man and the Snake", "An Occurrence at Owl Creek Bridge", "Chickamauga", "The Realm of the Unreal", "The Boarded Window", "The Secret of Macarger's Gulch", "The Death of Halpin Frayser", "The Damned Thing", "The Eyes of the Panther", "Moxon's Master", "The Moonlit Road", "Beyond the Wall".